Why isn’t the ruling parties protecting us from being the most spied upon, watched, photographed, monitored, tracked and surveilled people in human history?

Where is Minnesota’s equivalent of the California Consumer Privacy Act (CCPA) or, the European Union’s General Data Protection Regulation (GDPR)?

In all fairness, Minnesota was on the leading edge of this problem in 1974 when we passed the Minnesota Government Data Practices Act (MGDPA). 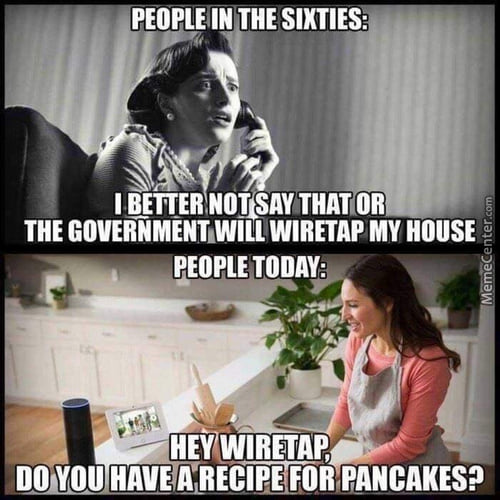 In 2013, whistleblower Edward Snowden revealed the stunning extent of surveillance tech companies in collusion with government intelligence agencies in warrantless spying on Americans. The transfer of every single piece of phone, internet, and the internet of things (IoT) metadata is now being stored in Bluffton, Utah. This outrage came as a result of the USA Patriot Act. Before that time the data was being collected at the behest of the War on Drugs by President George H.W. Bush.

Who owns our data? Apparently Google, Facebook, Twitter, Microsoft, Amazon, phone companies, and others own us? They turn our behavioral data into commodities to sell to advertisers.

The Third Party Doctrine, Smith v Maryland 1979, said that data records collected by a third party do not belong to a person, they belong to a company. The government does not need a warrant because mass surveillance is legal. This is an outrage!

Edward Snowden identified the problem with the EU’s GDPR. He said, “The problem isn’t data protection, the problem is data collection…Regulating the protection of data presumes that the collection of data in the first place was proper, was appropriate, that it doesn’t represent  a threat or a danger, that it’s OK to spy on everyone all the time whether they are your customers or your citizens—so long as it never leaks, so long as only you are in control of what it is that you’ve stolen from everybody…We have legalized the abuse of the person, through the personal. We have entrenched a system that makes the population vulnerable for the benefit of the privileged…Data isn’t harmless. Data isn’t abstract when it’s about people. It’s not data that is being exploited, it’s people that are being exploited. It is not data and networks that are being influenced and manipulated, it is you.”

Glenn Greenwald said, “If you are always being watched and judged, then you are not really free.”

They own our pirated data, not us. It’s well past time that WE own our data and not the pirates.

Government needs to constrain the business model of surveillance capitalism. The best way to do this is to declare that personal data is a human right, not an asset. This would limit business models to first party intended uses of data. There would be no third party commerce or use of private data, no predictive models based on personal data, no web tracking and no corporate surveillance.

The British newspaper, The Guardian, reported “Edward Snowden calls for a spyware trade ban amid Pegasus revelations.” The cyber surveillance weapon “Pegasus” sold by the Israeli company NGO Group, can gain access to all your phone’s capabilities including the ability to turn on your camera and microphone without your knowledge.

We should take the best parts of the CCPA; the GDPR; constrain the business model of surveillance capitalism, reign in corporate and government overreach of our rights; and create a Minnesota Data Collection and Protection Act that restores our rights in a digital world.