For five years I was the owner of Genesis Computers in Bloomington. I wasn’t a good businessman, but I understand some of the difficulties and challenges in running a small business. 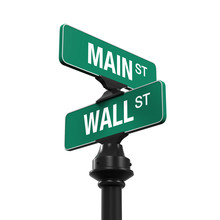 Half of the US economy is local small business along with half the jobs; yet, virtually all of the economic development investment subsidies have been for non-local businesses.  It’s remarkable how well small business has done despite the best efforts of public policy to kill them. I’d like to see that change.

Most of the focus on community development has centered on “ATTRACT AND RETAIN” policies. Yet, you cannot attract a local business and if you have to pay a corporate welfare bribe to attract or keep them, then how local are they anyway. We need a different approach that develops our local businesses.

When it comes to economic development, we don’t have an unlimited budget and unlimited time. Every dollar we spend on a pointless attraction or retention is a dollar that is not spent nurturing our local self-reliance. Every hour spent attracting business outside our communities is an hour not spent working shoulder to shoulder with our local businesses. My responsibility as a civil servant is to get the most impact for the least cost. It is clear to me that supporting local business is going to be the most effective way of promoting local prosperity.

The strongest and most prosperous communities first, maximize the local ownership of business and second, maximize local self-reliance.

The mistake of economic development is the assertion that if you could just focus on the global side of the picture the local side takes care of itself. In fact, it works in exactly the opposite direction. When you focus on local businesses and nurture them and grow them many of them will naturally start looking to global markets and they won’t need subsidies to get there.

How to Nurture Local Business?

Economic Leakage Analysis—let’s plug up our economic leakage through import substitution. I propose that Minnesota do a community by community leakage analysis, starting with the poorest communities, identifying all those things in the local economy where people are unnecessarily buying outside goods and services. Those unnecessary imports represent money leaking out of your economy. If we can plug those leaks with new import substituting business we can grow the economy and pump up the local multiplier. (For example: Instead of exporting our dollars to oil, gas, and coal producers outside Minnesota, we could substitute renewable energy and keep that money in Minnesota.)

Support Entrepreneurs: How can we support a new generation of local entrepreneurs?

What about helping new entrepreneurs by supporting Single-Payer Health Care to reduce one of the biggest burdens on new businesses. How about setting up a self-directed IRA’s or Solo 401(k) to direct some of your retirement investments to Main Street instead of Wall Street. Investing is risky, so buyer beware, but a diversified portfolio spreads out the risk.

Harness Local Investment: How can we bring capital into local business?

Creating Networks – How do we create networks of local business that are more competitive together than they would be just competing against one another? Collectively buying products and equipment they use regularly to reduce their costs through collaboration.

Buy Local – We need to spearhead “local first” campaigns. Economic developers need to ask, “How do you get more consumers to purchase more items locally more of the time?”

Public Policy – What is needed most by public policy is coordination. From the perspective of entrepreneurs, they see an alphabet soup of organizations out there and they don’t know how to navigate them. So we need to create a coordinated infrastructure for them so people know where to go to meet their needs.

Now get out there, support and enjoy some lively, local businesses!